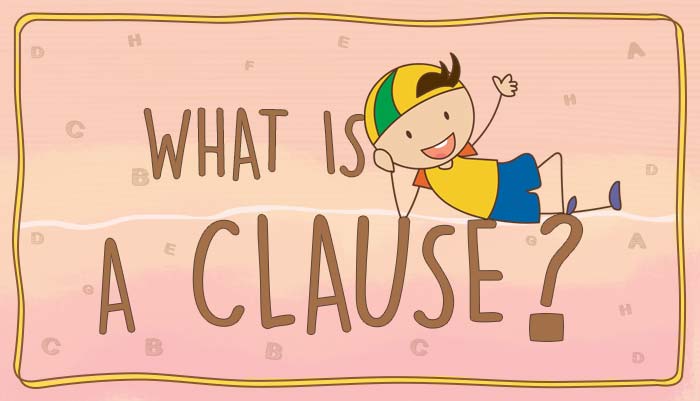 After studying this lesson you will understand what is a clause and how it is used in the formation of sentences.

A noun is the name of a word which tells about person, place, or thing, adjective tells about noun and adverb tells about verb, adjective, or adverb. A clause is a group of words, a part of a sentence that conveys the sense and has its subject and predicate. We should examine what work is being done by clause.