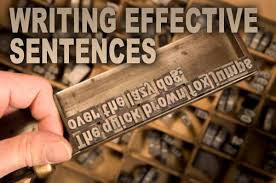 After understanding this lesson you will be in a position to use sentence structure effectively, how to connect ideas logically, decide the length of paragraph or sentence, and techniques of laying emphasis

Analysis of a simple sentence Objective.

You have already studied about system of making a sentence. Now you will understand more in details about its system of analysis.

A sentence is a group of words that makes sense,. It is divided into two main parts- Subject and Predicate, Subject denotes a person or things about which something is said. The subject may consist of one word or several words. The predicate is what it is said about the person or thing denoted by the subject. The predicate may also consist of one word or group of words.

How to make a sentence