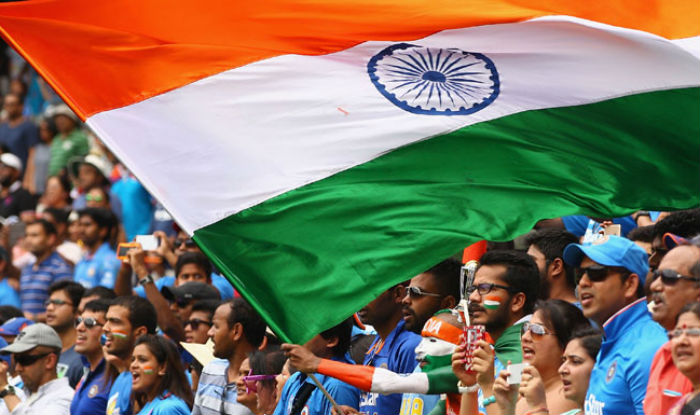 India is a land of diversity and that can be seen in sports too. India is home to many indigenous sports, such as polo, kabaddi, kho-kho, hockey, chess, and many more. To date, India has hosted numerous national and international sports events. Ranging from the Commonwealth Games 2010 to FIFA U-17 World Cup and countless cricket, hockey, tennis, and badminton tournaments, India has been a great host for major international sports events.

Sports lovers in India will also see some major international and domestic sporting events on their home soil in 2019. Here is a list of some sports events held in India, and if you are a lover of sports, you can plan your schedule accordingly.

Indian Premier League is one of the most popular sporting events in India and like the past eleven years, the year 2019 will bring more cricketing action for you. The 12th edition of the lavish cricket league will take place during April and May in 2019. The entire country enjoys this game, and it is counted as one of the major sports events of India.

Like the IPL, ISL, or Indian Super League was introduced a few years ago in 2013. This professional football league has managed to earn huge popularity. In this football championship, 10 teams compete against each other. The presence of some famous domestic and international players has made it one of the most popular football leagues in India. The year 2019 will see the 6th edition of the ISL.

Hockey has always been a popular sport in India and the Hockey India League (HIL) has made the game more popular amongst domestic audiences. The league was started in 2013 with 6 domestic teams. The tournament is held across six North Indian states and like every year, fans are waiting to witness the magic of hockey sticks in 2019 too.

The popular 8-team kabaddi tournament was started in 2014. The tournament is held across 12 Indian cities including Delhi, Mumbai, Chennai, and Kolkata. The Patna Pirates have been the most successful in this tournament so far. The year 2018 saw the 5th edition of the tournament and like every season, the popular league will be held in November 2019.

This professional tournament is much like the men’s Pro Kabaddi League. The league was started in 2016, where three teams, namely Fire Birds, Ice Divas, and Storm Queen participated. The league has gained popularity with time and it will also entertain the lovers of sports in India in 2019.

It is also known as Indian Badminton League and the 8-team domestic competition was started in 2013. The tournament features some of the top-ranked players including Carolina Marin, Saina Nehwal, P. Kashyap, P.V. Sindhu, Srikanth Kidambi, and many more. The year 2019 will see the 5th season of the tournament.

Founded in 2016, the popular tournament has seen the participation of a number of world-famous football players like Ryan Giggs, Cafu, Michel Salgado, Ronaldinho and many more. Though the 3rd edition of the tournament was held in Dubai, the 4th edition is expected to be organized in India in 2019.

The 2019 ICC Cricket World Cup will be hosted in England and Wales between 30th May and 14th July. The Indian cricket team will play a number of tests, one- day internationals, and IT20s at home against teams like Australia and Zimbabwe. The year 2019 will see a number of domestic cricket tournaments like Ranji Trophy, Irani Cup, Syed Mushtaq Ali, and the Challenger Trophy.

The I-League is one of the most popular football leagues in India. The 11-team tournament goes on from October to March, where each team has to play nearly 20 matches against its opponents. I-League is the main source of talent for the Indian national team. The league is quite popular amongst football lovers and the tournament will also take place in 2019.

The Women’s Football League was started in 2016, where the Rising Student’s Club was declared the winner of the competition. The 6-team tournament is the first-ever professional league for women in India, where teams from Haryana, Jaipur, Puducherry, Mizoram, Pune, Manipur, and Odisha participated. The year 2019 will see the 4thedition of this tournament.

The franchise-based tournament features six teams and each team comprises both domestic and foreign players. NCR Punjab Royals is the winner of the latest edition held in 2018. More action is yet to come and fans are waiting for its next edition that will take place in 2019.

India has become the new venue for the FIH (International Hockey Federation) Series Finals for Men. The international tournament will be held in India between June 15 and 23 in 2019.

India will host Italy for the Davis Cup Qualifiers in 2019. The tournament is expected to be held in Kolkata following the completion of the Australian Open. Host India has managed to participate in the series because of its higher rank among Asian nations.

This is the first of its kind sporting event in India. The 8-team tournament was started in 2015 in Hyderabad. The tournament was successfully held for four consecutive seasons and saw a noticeable number of crowds. Chennai Slam has been the most successful team in this domestic tournament as the team has secured two titles so far.

These are some of the much-awaited sports events India is going to host in 2019. The list comprises both domestic and international tournaments, where players will be seen fighting against each other on the field to win accolades for themselves and their country.