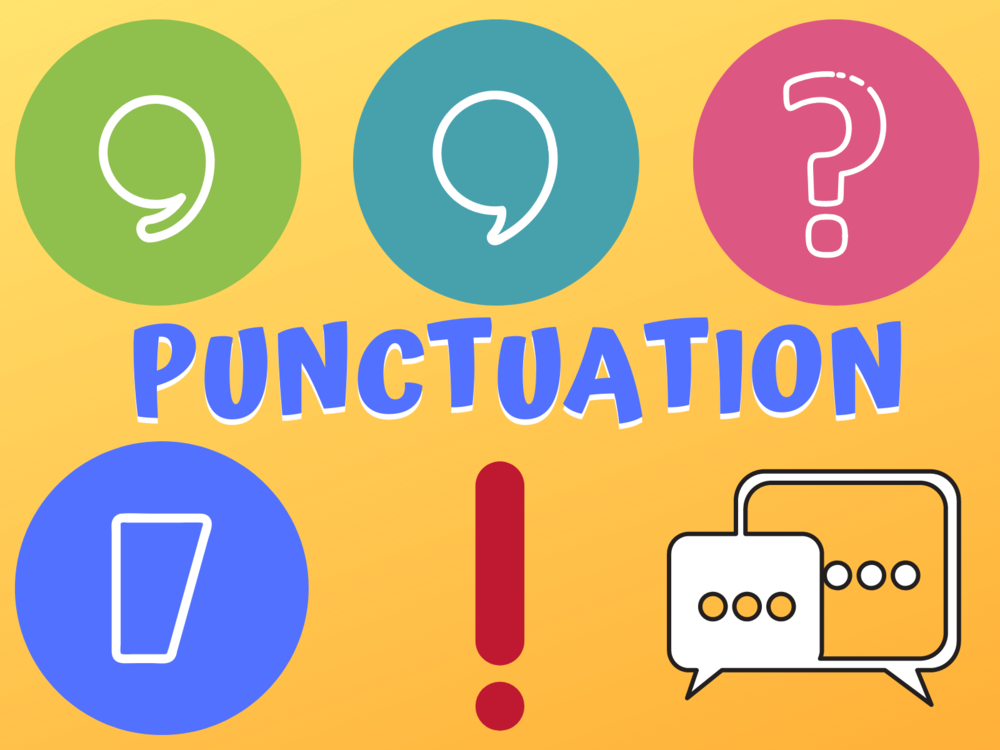 After studying this lesson you will understand how to use various punctuations while writing sentences, paragraphs, essays, or in examination papers.

The punctuation means the right use of putting in points or stops in writing to make it readable and understand it better.

Principal stops: There are six principal stops and three other marks and use of the capital word. Their use is discussed in succeeding paragraphs.

It represents the greatest pause and separation. It is used to mark the end of a declarative or an imperative sentence. It is also used in abbreviation but often omitted in modern style as Dear, Hari has stood first

Comma represents the shortest pause and is used to

(i) Separate a series of words in the same construction

(ii) Separate each pair of words connected by and

(iii) To mark off a noun or phrase in apposition

(iv) After a nominative absolute

(v) To mark off words used in addressing people

(viii) Before and afterward, phrases or clauses, let into the body of a sentence

(ix) To indicate the omission of a word especially a verb

(x) To separate short coordinates clauses of a compound sentence. When there is a conjunction the comma is sometimes omitted

It represents a pause of greater importance than that shown by the comma. It is used

It marks a more complete pause than a semicolon. Sometimes it is used with a dash after it. Colons are used

(i) To introduce the quotation

(iii) Between sentences grammatically independent but closely connected in the sense

It is used, instead of a full stop after a direct question

It is used after interjection and phrases and sentences expressing sudden emotion or wish.

Other marks in common use

It is used to

(i) indicate an abrupt stop or change of thought

It is a shorter line than the dash. It is used to connect the parts of a compound word

Parentheses or double dash.Used to separate from the main part of the sentence a phrase or clause which is grammatically belong to it.

It is used to

(i) To show the omission of a letter or letters

(ii) In genitive case of a noun

(iii) To form the plural of letters and figures

Capital letters are used to

(iii) Begin all proper nouns and adjectives derived from them

(iv) For all nouns and pronouns which indicate deity

(v) Write the pronoun I and the interjection